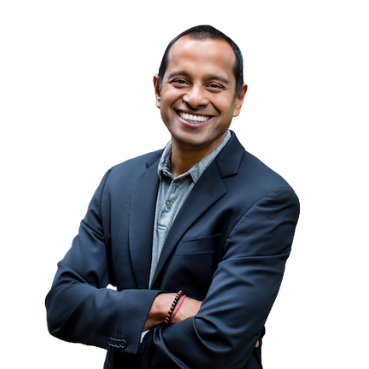 Q has been learning hard lessons investing in the Deeptech and more recently in the Enterprise and Cloud Infrastructure sectors. He strives to be a better listener and sounding board at his portfolio companies and serves on the Boards of Nauto (AI Dashcam/Transportation), ICEYE (Change detection via Micro-satellite SAR constellation), Movandi (5G RF systems), Diligent Robotics (Robots for Hospitals) and Macrometa (Edge Storage and Computing), and led the firm's investments in Zūm (Transportation for Schools). His graduated investments include Enlighted (Acquired by Siemens).

In the early 90's, he spent 11 years at Qualcomm trying to figure out his calling. He designed 3G semiconductors and as a Product Line Manager for 3G, helped deploy 3G in S. Korea, Japan, and the US. He also achieved mixed results in trying to embed 3G in notebooks and automobiles in the pre IoT era.

He was also part of two unsuccessful mobile startups. Q holds 5 patents in the wireless & semiconductor sectors. He spent way too much time in schools, getting an MBA from UCLA, MSEE from Virginia Tech and B.Eng from The University of Mumbai.